Adverts for weight-loss and cosmetic procedures bombard us on social media, undermining our self-confidence, says the Guardian columnist Dawn Foster

In the early 2000s, the internet was a key component of my teenage life: many evenings we annoyed my friends parents by hogging the phone line and spending hours talking to schoolmates on MSN Messenger. But during the day, we didn’t use the internet: we had clunky phones that could only call and text. So I wasn’t bombarded 24/7 with images of purportedly perfect-looking women. Few of us bothered with teen magazines bar reading the problem pages.

Today on social media teenagers and adults are deluged with images of traditionally beautiful people, along with endless adverts for cosmetic procedures such as Botox, and lip and cheek fillers. And this week a survey for the Mental Health Foundation found that one in eight adults has thought about killing themselves because they were distressed over their body image. The foundations chief executive, Mark Rowland, said: There has always been idealised body representation across media, but its the quantity of those images and the frequency in which we see them thats what were worried about. He also warned that social media platforms were increasingly consumerist, increasingly celebrity-orientated, increasingly focused on external appearances.

People have always worried about their appearance, but the survey confirms what many have long suspected: being bombarded with images of the perfect body shape, along with adverts for weight- loss apps and cosmetic procedures, can have a huge negative effect. One in five people told the foundation that images on social media had made them worry about their body image, and one in 10 women said they had self-harmed because of this.

And it isn’t just the imagery. Any woman who speaks out on social issues can face victimisation. One of my friends recently had a man write extensive abuse under photos of her brothers wedding on her Facebook page. My Instagram is locked after a deluge of people wrote eugenicist arguments under photos I had taken in hospital, stating that disabled people should die out.

Its obvious, too, that more and more women are having cosmetic procedures at a younger age. Many nail bars, hairdressers and beauty parlours offer Botox injections. The adverts that target young women normalise the procedures: surely they should not be seen as akin to getting your nails done.

And the industry promoting Botox and other cosmetic procedures should be more strongly regulated. One company has bombarded me with adverts offering interest-fee credit for several procedures. Young women should not be targeted by these messages, normalising painful procedures by convincing people they are ugly, that they have faults in their face that should be eliminated.

Teenagers are notoriously image-conscious and also intensely worried about their body as it goes through changes. But adults, too, are not immune. Ultimately, different people find different people attractive: we should all remember that beauty and attraction are wide-ranging even if you dont love yourself, the chances are that someone else will find you beautiful.

Dawn Foster is a Guardian columnist.

In the UK, Samaritans can be contacted on 116 123 or email jo@samaritans.org. In the US, the National Suicide Prevention Lifeline is 1-800-273-8255. In Australia, the crisis support service Lifeline is 13 11 14. Other international suicide helplines can be found at www.befrienders.org. 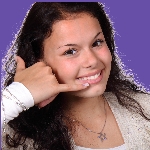